Bipolar disorder may affect sleep in many ways. For example, it can lead to:

The inability to fall asleep or remain asleep long enough to feel rested (resulting in feeling tired the next day is Insomnia. It is the most frequent of sleep disorders and suffered by millions, some at certain times of their lives and some chronically. It is a condition frequently encountered associated with bipolar disorder.

Hypersomnia, or over-sleeping, which is sometimes even more common than insomnia during periods of depression in bipolar disorder. Of the many disorders associated with excessive sleepiness in the general population, the most frequent are mental health disorders, particularly depression. This is contrasts with poor or little sleep during the mania stage.

Perceived lack of need for sleep in bipolar disorder

Decreased need for sleep, in which (unlike insomnia) someone can get by with little or no sleep and not feel tired as a result the next day, or at least appears to. This may lead to:

Delayed sleep phase syndrome (DSPS) is a circadian-rhythm sleep disorder resulting in insomnia and daytime sleepiness. Delayed sleep phase syndrome (DSPS) is a person’s sleep,  delayed by two hours or more beyond what is considered an acceptable or conventional bedtime. While  (DSPS) may then cause difficulty in being able to wake up at the desired time in Bipolar Disorder, the sufferer often wakes early too.

Irregular sleep-wake schedules, which sometimes result from a lifestyle that involves excessive activity at night may also upset the normal circadian-rhythm balance.

Such disorders may make dreams very vivid or bizarre. There is no known association between bipolar disorder and REM behaviour disorder (RBD.)

Co-occurring drug addictions, which may disrupt sleep and intensify pre-existing symptoms of bipolar disorder. Studies have shown that people with bipolar disorder have a 60 percent chance of developing a drinking problem at some point in their lives.

Alcohol is known to intensify bipolar disorder due to its sedating effects.

Co-occurring sleep apnea, which may affect up to a third of people with bipolar disorder, which can cause excessive daytime sleepiness and fatigue.

Between acute episodes of bipolar disorder, sleep may still be affected by;

Sleep state misperception (SSM) is a term in the International Classification of Sleep Disorders (ICSD) most commonly used for people who mistakenly perceive their sleep as wakefulness, though it has been proposed that it be applied to those who severely overestimate their sleep time as well.

Disrupted sleep can significantly worsen a mood disorder. The treatment of Bipolar Disorder should include awareness and management of the associated sleep disorders. A Sleep Diary can be invaluable and help with;

Certain bipolar medications may also affect sleep as a side effect, as they may disrupt the sleep-wake cycle. This must be addressed with the physician or psycho-pharmacologist / psychiatrist.

Altering sleep time, bright light therapy in the morning and the use of the hormone melatonin at bedtime, as well as to avoiding bright light or over-stimulating activity near bedtime may all help.

The doctor may also recommend a change in medication if needed. Discuss any other drugs or medical conditions that may be affecting your sleep, such as arthritis, migraines, or joint pain.

Restoring a regular schedule of daily activities and sleep — perhaps with the help of cognitive behavioural therapy — is important in helping to restore more stable mood.

Bipolar treatment is primary and these choices may also help restore healthy sleep:

During this pandemic when emotional stress and tightened freedom affects us all – snoring can become even less tolerable by the bedpartner and dangerous for the sufferer – it may be a marriage (and potentially life saving) service! Ask your dentist about your options.

IS THIS A PROBLEM FOR YOU? 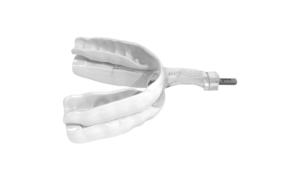 JOIN US IN “A BETTER SLEEP” NEWSLETTER COMING SHORTLY

Any cookies that may not be particularly necessary for the website to function and is used specifically to collect user personal data via analytics, ads, other embedded contents are termed as non-necessary cookies. It is mandatory to procure user consent prior to running these cookies on your website.